Data and creativity combined into a YouTube-optimised format

For GAMMA’s fiftieth anniversary, the Dutch DIY store wanted to create a new inspirational format to load its anniversary campaign ‘Klussen zit in onze genen’ (‘DIY is in our genes’) on YouTube. GAMMA asked us to help them create a data-driven and inspiring format.

First, we conducted research. We used data from GAMMA’s own YouTube channel and performed a full data and market analysis within YouTube (broadly). This gave us insight into what the ideal video length for the GAMMA viewer should be. But also which trends interested this target group. What turned out? Besides GAMMA content, the target group also liked to watch slow formats. The GAMMA viewers were also interested in videos in which handymen do everything from start to finish. They liked to watch projects they would never do themselves, preferably as absurd as possible. Think of the videos on the channel of Jungle Survival channel, where they do the craziest jobs.

Based on these insights, our in-house creatives developed a new data-driven DIY format called ‘Ik Kan Het’’ (meaning: I can do it). In this format, families build a dream project together. These unique jobs are in the form of a time lapse, without talking.

The spectacular treehouse was the first creative video production from the ‘Ik Kan Het’ series. And with success. The treehouse-DIY was awarded an international Webby Award in the category ‘How-To, Explainer & DIY‘. The Webby Awards have honoured the top achievements of the Internet since 1996. The Webby’s have been declared the “highest honour of the Internet” by The New York Times. And the Webby awards are awarded by the International Academy of Digital Arts and Sciences (IADAS).

In total, the campaign around the three produced videos, ran for three months. In this period, over 340.000 views were achieved, with an achieved watch time of 18.600 hours and an average view duration of three and a half minutes.

The videos were distributed via a paid distribution to a target group with an above-average interest in each of the three topics. This distribution proved to be very successful, as two of the three videos achieved a viewing time of 04:30 minutes! 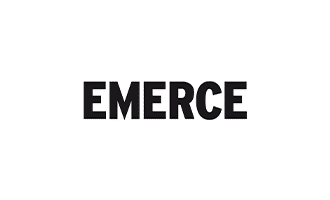