PokerStars makes profit with their brand publishing strategy on YouTube

With the start of the pandemic and the accompanying restrictions, the possibility to organise live poker events was off the table.

Since this was the most crucial part of their content strategy on YouTube, PokerStars (the biggest online poker platform in the world) was looking for new ways of creating YouTube content to stay relevant. Their goal? Build a content strategy that minimises the loss in reach due to a lack of content possibilities and maximises growth of both the PokerStars’ central as well as their local channels on YouTube.

YouTube Agency Team5pm translated this objective into the following KPI’s. At the end of October 2021, PokerStars had to:

Filling up a huge content void on YouTube due to circumstances you can’t control requires creative and strategic thinking. That’s why PokerStars teamed up with YouTube Agency Team5pm and started their YouTube Growth Partnership. A specially designed process for (brand)publishers, in which growth on YouTube is ensured. Consisting of several YouTube services, like strategy, channel optimisation, data-driven content production and more. Team5pm’s in-house YouTube strategists put together a full-service strategy consisting of: channel optimisation and management, a well thought-out content strategy, production and clever distribution.

The first phase started off with channel optimisation. Besides their central channel, PokerStars also had 4 local channels at their disposal: French, Spanish, English and German. On top of that, our data-driven advice was to start a Brazilian channel, which we then successfully build from the ground up. All of these channels were fully analysed and optimised with the goal of improving the organic findability of both the channels as well as the content. Inside and outside of YouTube. Keywords lists were created that highlighted the most relevant keywords with high search volumes. All based on data research. The whole SEO optimisation strategy was based on these lists, in order to rank higher than competing channels. With this, Team5pm laid the foundation for success. As a result, the average ranking across all channels accelerated. The average ranking from all channels went from 17 to 6 in just 3 months. After the full channel optimisation, all channels were managed around the clock by a team of in-house YouTube specialists, who natively spoke the local channel’s languages. 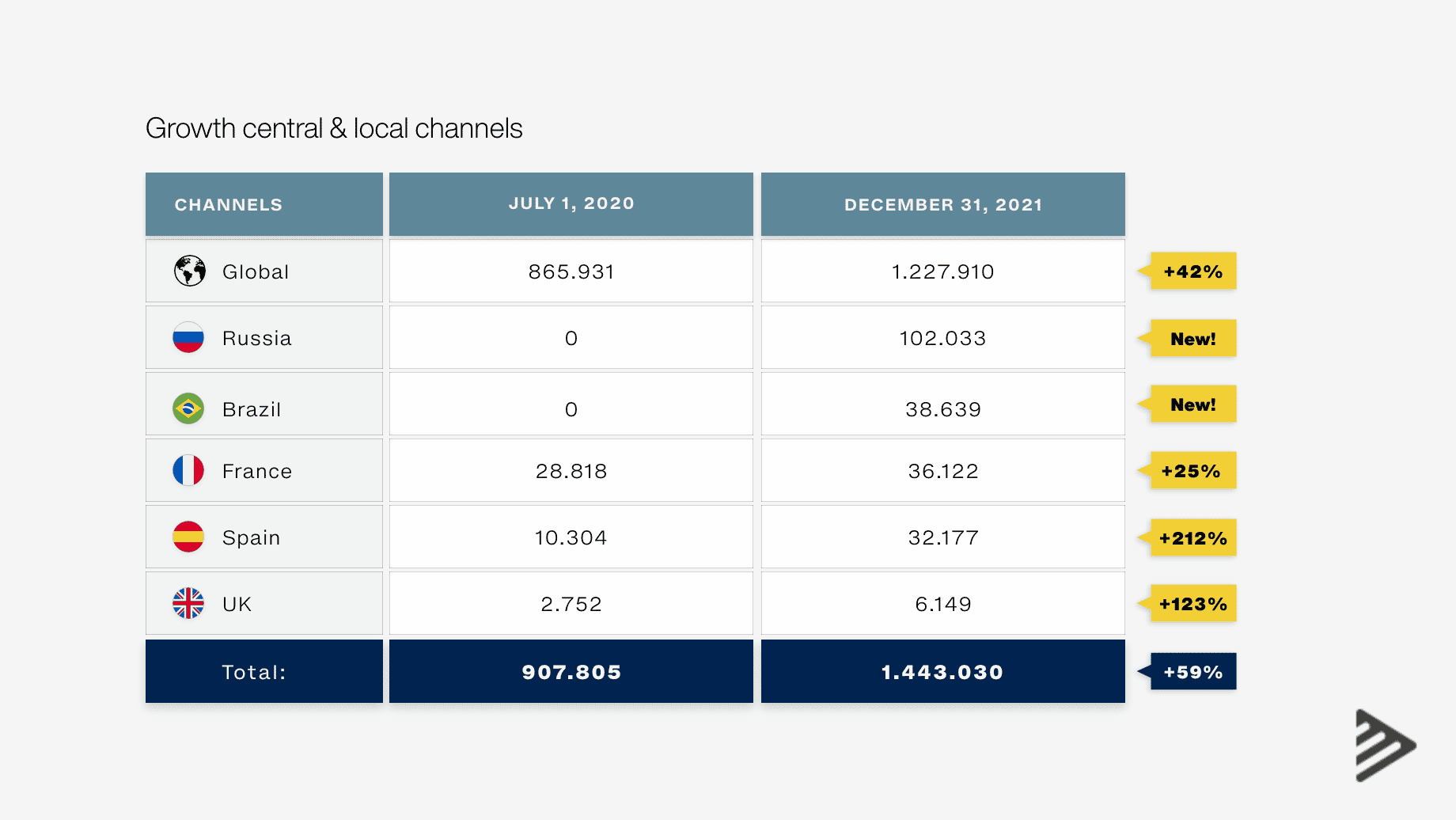 The next phase was all about creating a new content strategy. Because what’s the alternative, when your main source of content is live-hosted poker events? YouTube Agency Team5pm came up with a clever solution to the lack of content caused by the pandemic: the strategic recycling of archive content. PokerStars owned 15 years worth of archived content. Content that was just waiting to be used. What if there was a smart way to re-use this to your advantage?

This way, we at Team5pm call: the Content Multiplier Model. Team5pm’s in-house YouTube specialists started analysing and carefully logging this huge pile of archive content. This resulted in an extensive database consisting of more than 9000 hours worth of content. Having archive content is a first, but then how do you make sure that this content is turned into successful, on-going videos that people love to watch? That’s where our in-house creative studio came into play. These in-house creatives and editors produced YouTube-optimised video content based on data, creativity and search trends. Think of: a combination of videos, Shorts, community posts and Stories to utilise all the different features on YouTube. Additionally, social packages were created in which the YouTube content is adapted to meet the requirements per social platform. In this way, the existing content wasn’t only re-purposed, but also enhanced to fit accompanying social channels. 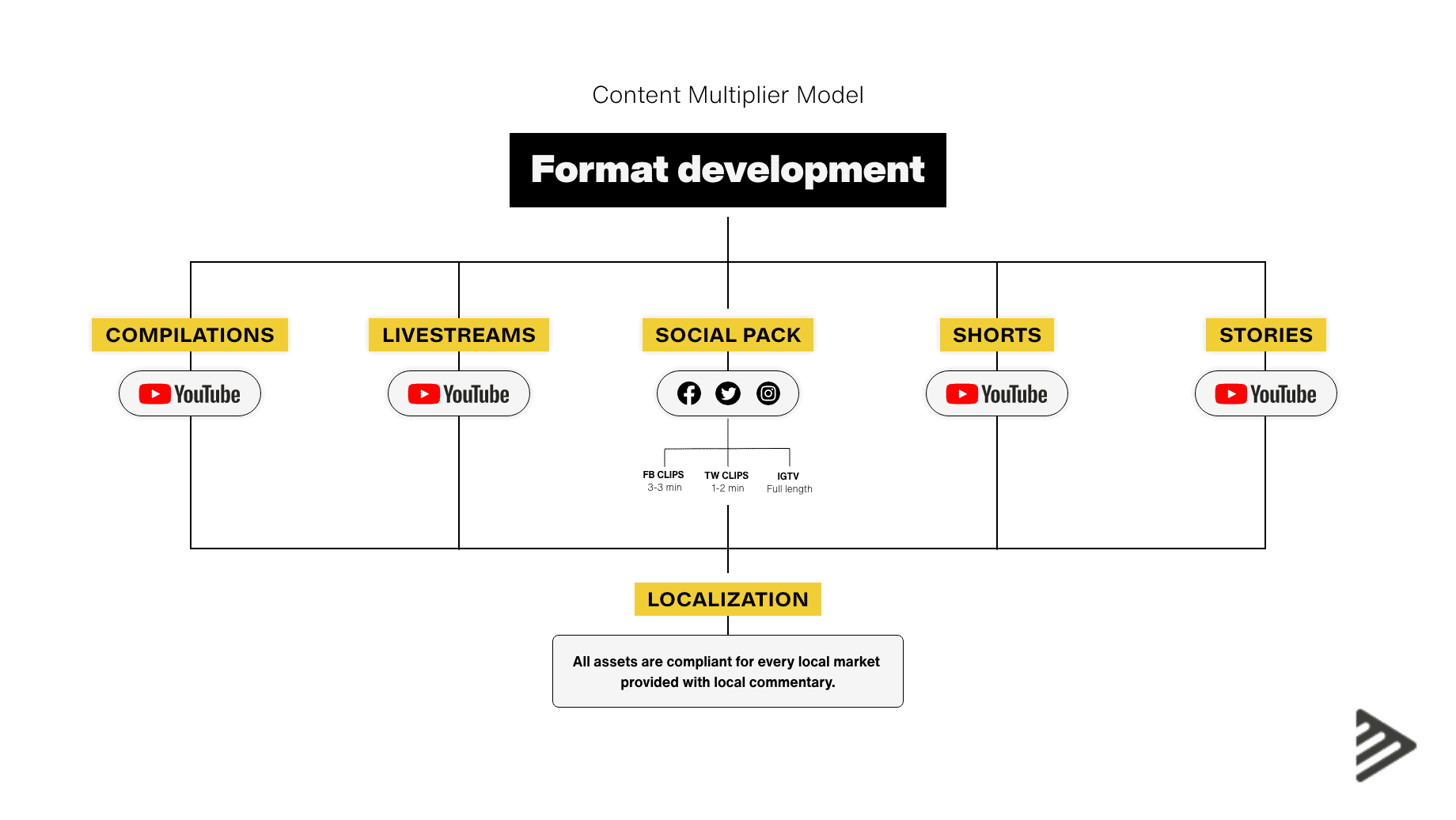 Video production done at its best

The Content Multiplier Model is a very efficient way of video production. Out of 15 years (!) worth of archive content, 3 weekly compilations were continuously produced. These were then transformed into videos suited for the local channels, with accompanying local commentary. This localization process was done in close collaboration with PokerStars’ own in-house local teams: a successful partnership, in which teamwork was of the essence. Based on these localized compilations, social assets were made for Facebook, Instagram and Twitter. This was a key part of distribution: the same video was cleverly recycled. In this way we could actively sway viewers from PokerStars’ huge central channel to the local channels. By optimizing the distribution strategy and utilizing other social media platforms, Team5pm created huge traction on PokerStars’ videos. This resulted in large amounts of viewers and subscribers within PokerStars local markets on YouTube.

In this way, Team5pm has shown how to transform a huge pile of archive content into an incredibly efficient, always-on content strategy which generates revenue.

On top of that, a Viewer Impact Measurement was conducted. This was an independent survey to measure the effects of PokerStars’ channels on viewers, compared to a control group that doesn’t watch PokerStars content. The results? PokerStars scores in the test group significantly higher on brand recall, top-of-mind awareness, brand preference and playing intent. 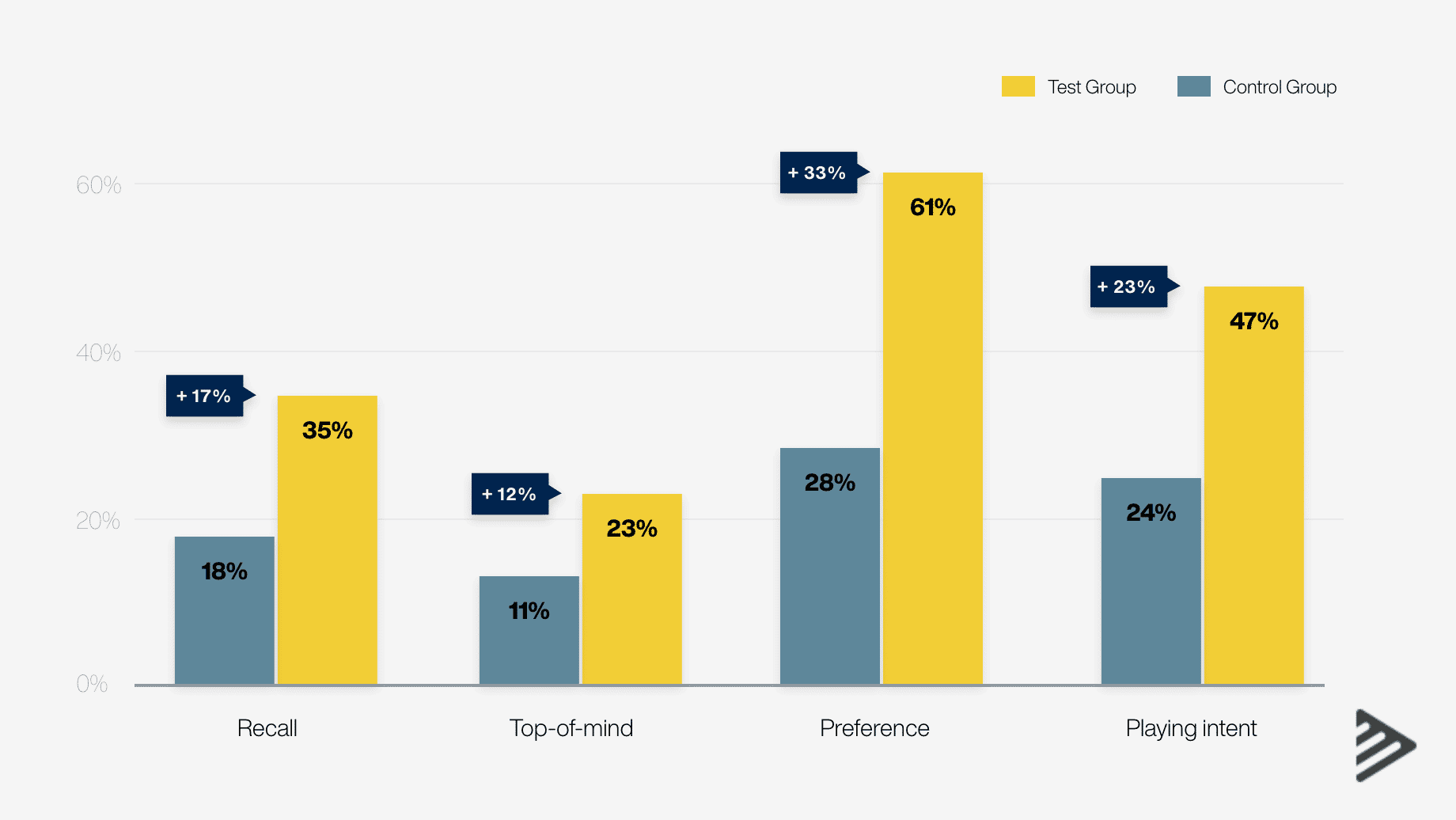