How the sports industry leverages the power of YouTube

We all know that major sports leagues like the NBA, Formula 1 and teams like Real Madrid and Dutch Eredivisie Champion AFC Ajax have found their way to YouTube pretty successfully. YouTube is the ideal place to feature highlight moments, redistribute archive favorites and livestream full matches. Even if your team doesn’t attract the same amount of attention the big ones receive, there’s still a lot to learn from the way the sports industry uses YouTube to their advantage. In this blog, we dive into the unique YouTube tactics used by stand-out major sports leagues and teams to attract massive, high-impact audiences to their content.

Let’s kick off with the most watched sports channel of all time on YouTube. Can you guess which channel this is? I’ll give you some hints: the channel has a whopping 88.3 million subscribers, 54% of its audience is from the USA, 86% of its audience is male and the channel reaches around 1 billion views per month. Whether you guessed it or not, WWE (World Wrestling Entertainment) is the best performing YouTube sports channel. And it has been for years in a row.

So what exactly are they doing that makes them the biggest and the best on YouTube? Amongst other things, they’ve cracked the code on consistent uploading of fresh content.

Uploading new content regularly is a major contributing factor to a YouTube channel’s success. Simply put; the more you upload the more likely your content will be discovered and watched. With 600 hours of new content uploaded to YouTube every minute, it’s becoming harder than ever to stand out.

This truly is where WWE shines. On their slowest days they managed to upload 10 new videos. But their average is around 25 videos DAILY! A truly dizzying amount! They distribute many different formats on their YouTube channel and balance archive content with new content. Always delivering the big and brash WWE signature style audiences love. 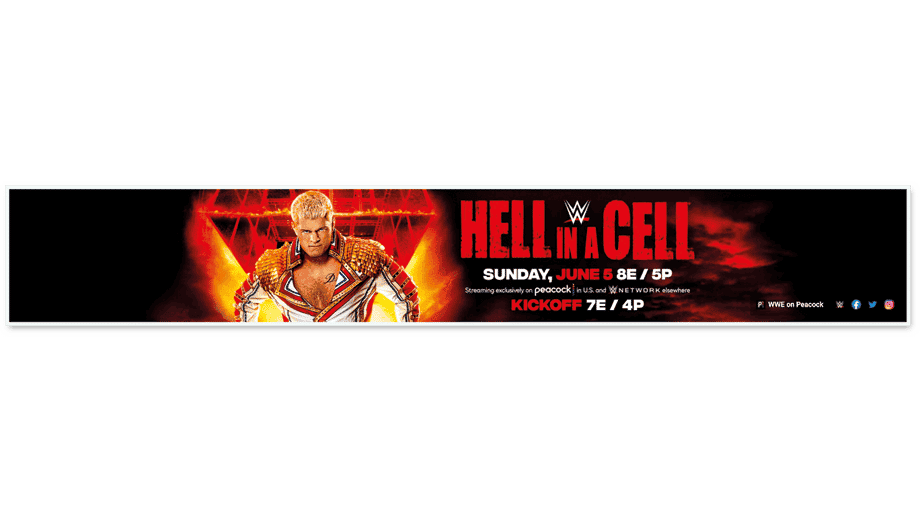 And yet, if there’s one thing most YouTubers (brands and individuals alike) struggle with, it’s upload consistency. This is where sports teams and leagues have a home advantage (no pun intended). Sustaining a 25 daily uploads schedule requires a massive effort, and we wouldn’t recommend anyone to pursue this. But the availability of content is rarely an issue for professional and semi-professional sports teams. And even if it’s off-season, there’s usually plenty of content to leverage some of the best performing YouTube formats; starting with the listicle.

A listicle like a highlight-reel is an old school, TV-era method that also works great on YouTube, but there are many clever and out of the box ways to present a listicle. In this example AFC Ajax compiled a highlight-reel to commemorate the 75th birthday of Dutch football legend Johan Cruijff. But instead of presenting a tried and tested Top 10 Best Moves or something similar, they’ve made a nearly 44 minute long, 75 best moments, career spanning special. A great way to honor a legend, but in addition a massive watch time and engagement accumulating piece of content.

A crossover between YouTube channels isn’t new. Creator collaborations have been at the forefront of YouTube growth strategy since the beginning. It’s been a way to grow for both parties, as each collaborator draws in new audiences. We’ve seen many interesting crossovers, but the most enjoyable are usually the most unexpected.

In this example Formula 1 drivers team up against NBA legends in a basketball free throw shootout. Bringing out the pro sports competitiveness in both teams.

The example below is a crossover and a react video (another infamous YouTube format) at the same time. This one’s all about the combination of E-sports (competitive gaming) and real sports. In this video by EA Sports, several Real Madrid players react to their FIFA ’21 in-game player stats. Leveraging both general football, Real Madrid and EA Sports audiences in promotion of the new game.

These micro-moments lure audiences into the day to day of F1 racing drivers, teams, their cars and never before seen moments from a unique insider’s perspective.

The upside? Shorts require minimal production value, in fact raw and unfiltered content is preferred. And Shorts have a maximum length of 1 minute. You basically just need a phone with a high resolution camera and you’re good to go. So it’s a cheap and easy way to fill your channel with content audiences love to see and engage with.

In addition, YouTube has been doubling down on promoting Shorts to both creators and audiences. Making a $100 million fund available to reward creators for their dedication to making creative, original Shorts.

We touched on the best practices for Shorts in a previous blog and our webinar, which you can watch here. 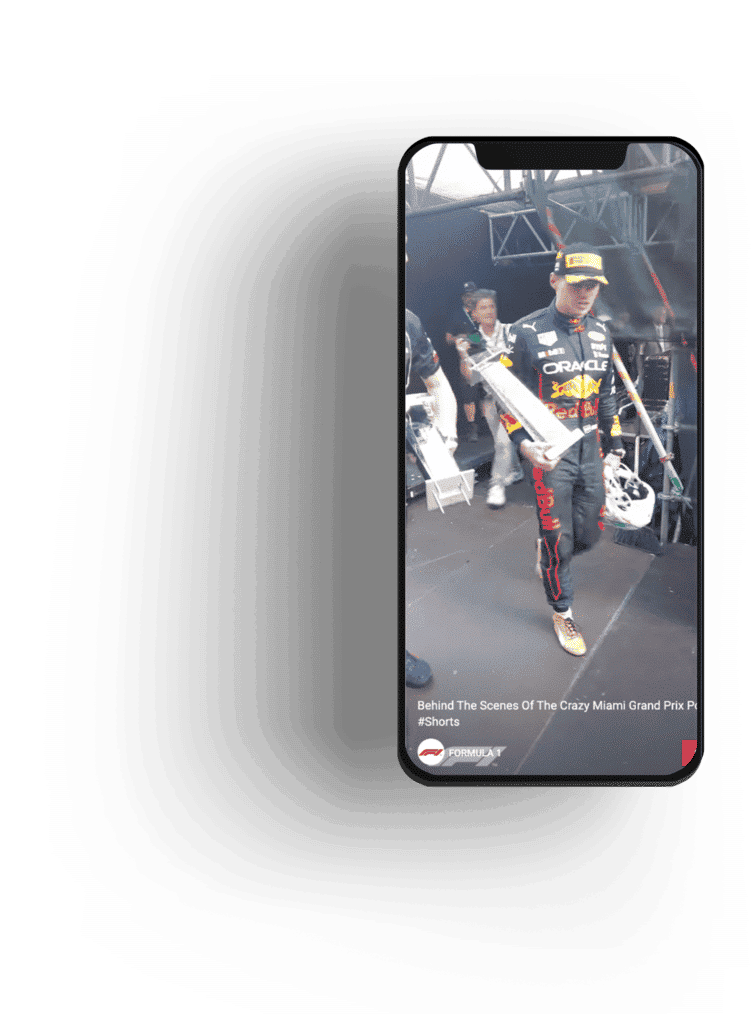 All of your content efforts of being regular, consistent and engaging need to be rewarded by clicks from your audience. A click leads to a view and a view leads to watch time. In order for your videos to earn views, they need to stand out! This is where video thumbnails come in.

UFC has mastered the creation of strong thumbnails. All of the best practices for thumbnails are incorporated. Close-ups of faces with clear, expressive emotions, lots of action, movement and bright colors. Each format has its own distinct style and lettering, making it abundantly clear what the video is about.

DELIVERING ON THE PROMISE

Creating a great thumbnail is all good and well. But in order for videos to satisfy viewers, they have to deliver on the promise that the title/thumbnail combination makes. In other words, do viewers get what they hope to receive by clicking the video thumbnail? This is where basic human psychology comes into play. Enter the Ambiguity Effect. A little theory; we tend to avoid options that we consider to be ambiguous or to be missing information. We dislike uncertainty and are therefore more inclined to select an option for which the probability of achieving a certain favorable outcome is known.

That’s why we always stress to ‘deliver on the promise’ in the first seconds of the video. Meaning starting the video with the defining moment, or at least teasing with the defining moment. Literally plunging audiences right into the action. And maintaining a high pace throughout. Keeping viewers glued to the video. All in an effort of raising audience satisfaction with every video.

NBA’s format NBA Players React is a perfect example of delivering on the promise. Instead of starting with an intro or a leader, the first 15 seconds consists solely of players’ reactions, edited close together. Not actually showing the plays involved, just the response. After that, the actual video starts with plays followed by a reaction. This is the way to do it.

We’ve looked at some of the ways the sports industry uses YouTube to reach fans from all over the world. With never-seen-before content, surprising collaborations and technical optimizations like consistent uploading and effective thumbnails, they know how to engage their audiences and how to keep them watching.