Insights into the top performing banks in the Netherlands

YouTube plays a vital role in the consumer orientation and decision-making process. This also applies to the choice of the right bank. By using YouTube strategically, the right target groups can be reached at the right time. Which banks have done this best in the past 365 days? I made a list of the top performing banks on YouTube specially for you, based on the total number of views, engagements and uploaded videos.

#1 With 353 uploaded videos, Rabobank has published the most in the last 365 days. ASN Bank has only published 40 videos in the given period, but has reached 9.6 million views, which are the most views of all channels. When looking at views of ASN Bank, it is noticeable that a large number of the content are commercials (15-20 sec), which were most likely pushed by paid. The same strategy can be assumed for Rabobank.

#2 ING Nederland ranks spot number 1 in engagements with 5.7K, even though they have only uploaded 53 videos and just have a quarter of all views that ASN Bank reached. Since it only ranks high in one of the metrics considered, there’s a challenge to grow the amount of views and keep this engagement rate stable.

#3 When looking at all 3 variables (views, engagement and uploaded videos), you can see that Rabobank is one of the top 3 in all 3 rankings and is thereby performing well on YouTube. Same applies for Bunq which is also performing decently and ranks the third spot twice regarding uploaded videos and engagements. However, ING Nederland knew how to really engage the viewer with a total of almost 6 thousand engagements.

#4 Generally, it is noticeable that the average engagement rate is 0.02% which offers a lot of room for improvement to interact with the consumers. These banks can make better use of their potential on YouTube to inform their customers, interact with them and build trust.

TOP BANKS BASED ON VIEWS 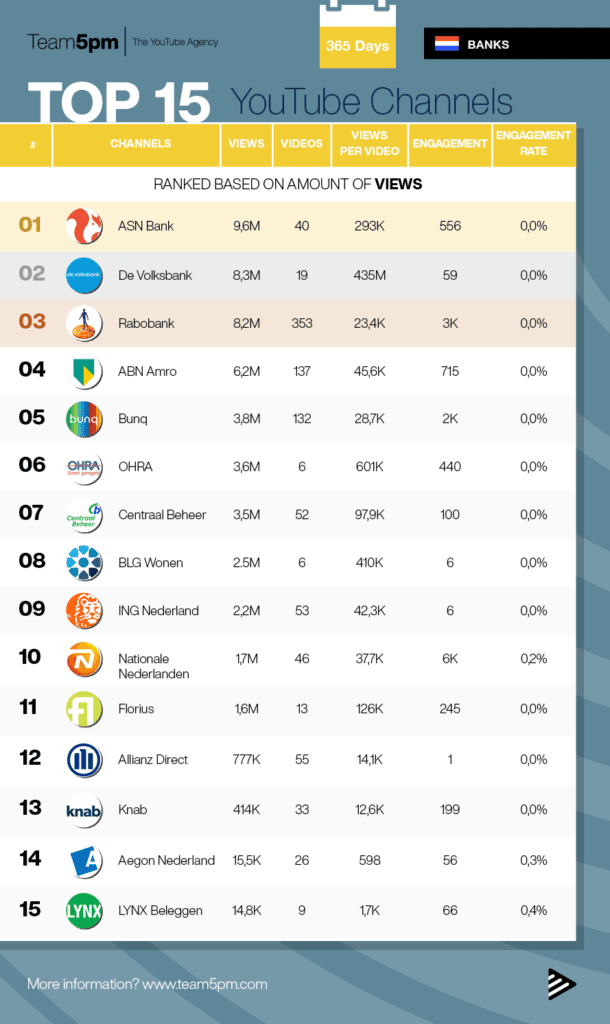 TOP BANKS BASED ON AMOUNT OF UPLOADED VIDEOS 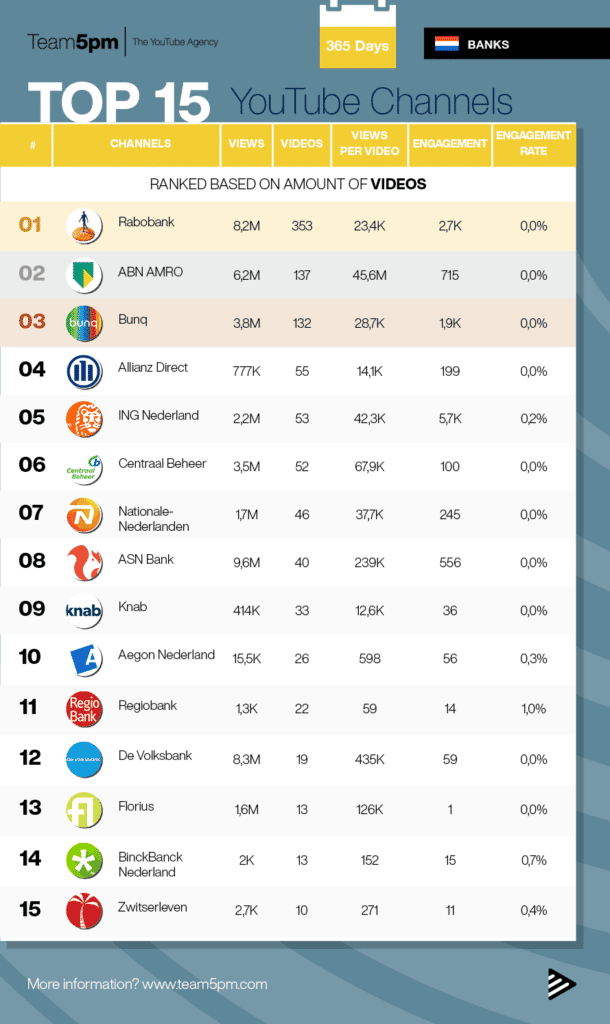 TOP BANKS BASED ON AMOUNT OF ENGAGEMENTS 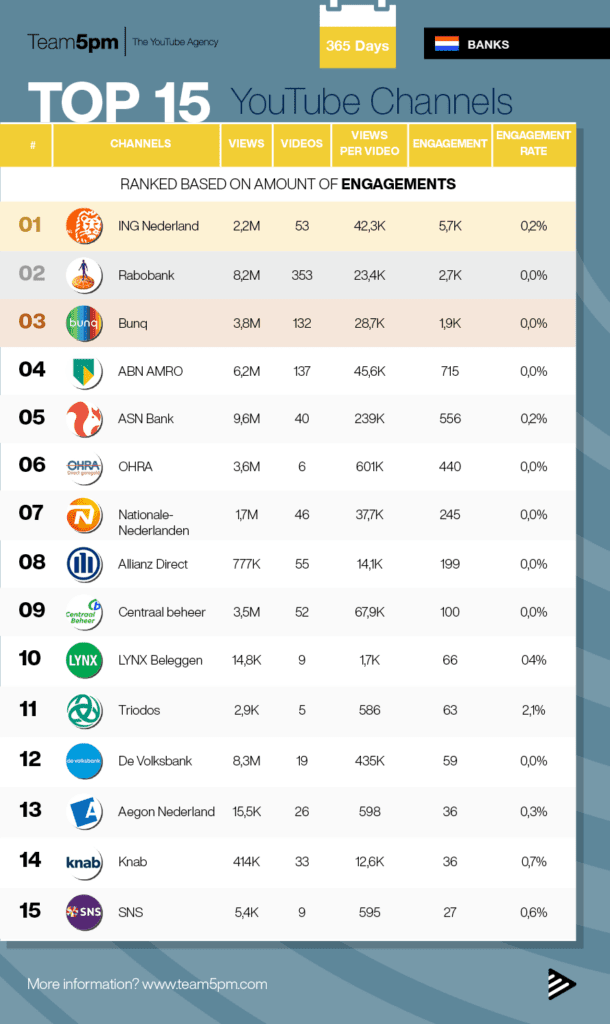 HOW ARE THESE LEADERBOARDS BEEN PUT TOGETHER?

The aforementioned rankings are based on the number of views, engagement and number of videos uploaded to YouTube channels in the past 365 days.