YouTube is the largest video platform in the world and continues to grow every day. With this growth, it’s important to stay up to date on the latest features and developments to get the most out of the platform. Why? Because YouTube puts pressure on creators who take advantage of these new features. As an early adopter, you’ll not only achieve maximum reach with your content, but you’ll also be one step ahead of your competition.

One of the great things about YouTube is the large amount of data available in YouTube Analytics. This makes it pretty clear and easy to track your channel’s performance. As a result, many brands and publishers use YouTube Analytics to analyze and report on performance on a weekly or monthly basis. 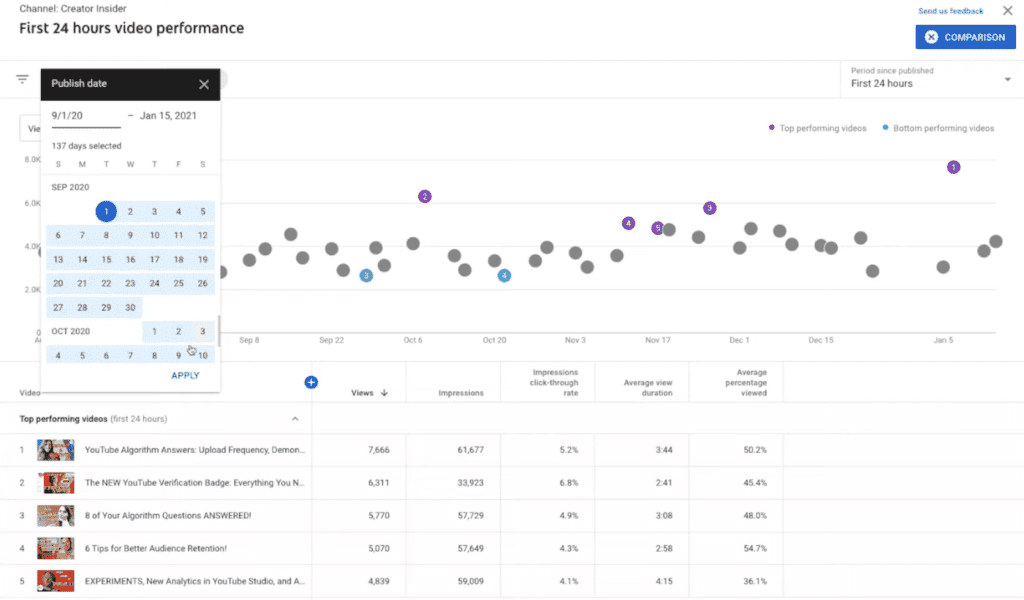 What does this mean for you? This feature makes it much easier to compare the performance of your uploads in a fair way. It makes it easier to figure out which uploads are performing well with your audience and which videos have performed less well. Trends can be identified and integrated into your channel’s video strategy.

YouTube added another new feature to YouTube Analytics last month. Under the “Audience” section, it is now possible to see the number of views from returning and new viewers. Returning viewers are viewers who previously watched content and came back to watch more videos within the selected time period. New viewers are watching your content for the first time within the selected time period. Also, new viewers may be viewing your content from an incognito browser, may have cleared their history, or may not have visited the channel in over a year.

What does it mean if most of the views on my channel are from new viewers?It means that viewers sometimes watch a video, but rarely come back for more videos. We often see this trend with:

What does it mean if most of the views on my channel are from returning viewers? It means that your channel has a loyal audience that comes back to watch more videos. We usually see this trend on:

What does this mean for you? You can use the “Returning and New Viewers” statistic to figure out what would be a successful content strategy for your channel. Based on this data, you can, for example, build loyalty by creating consistent content or experiment with new topics to attract new viewers.

#3 INSIGHTS INTO THE OTHER CHANNELS YOUR AUDIENCE IS WATCHING

Under the Audience section, another new feature was added last month. It was already possible to see what other videos your audience is watching on YouTube, but now a list of channels has been added. These are other channels that your audience has watched regularly in the last 28 days. 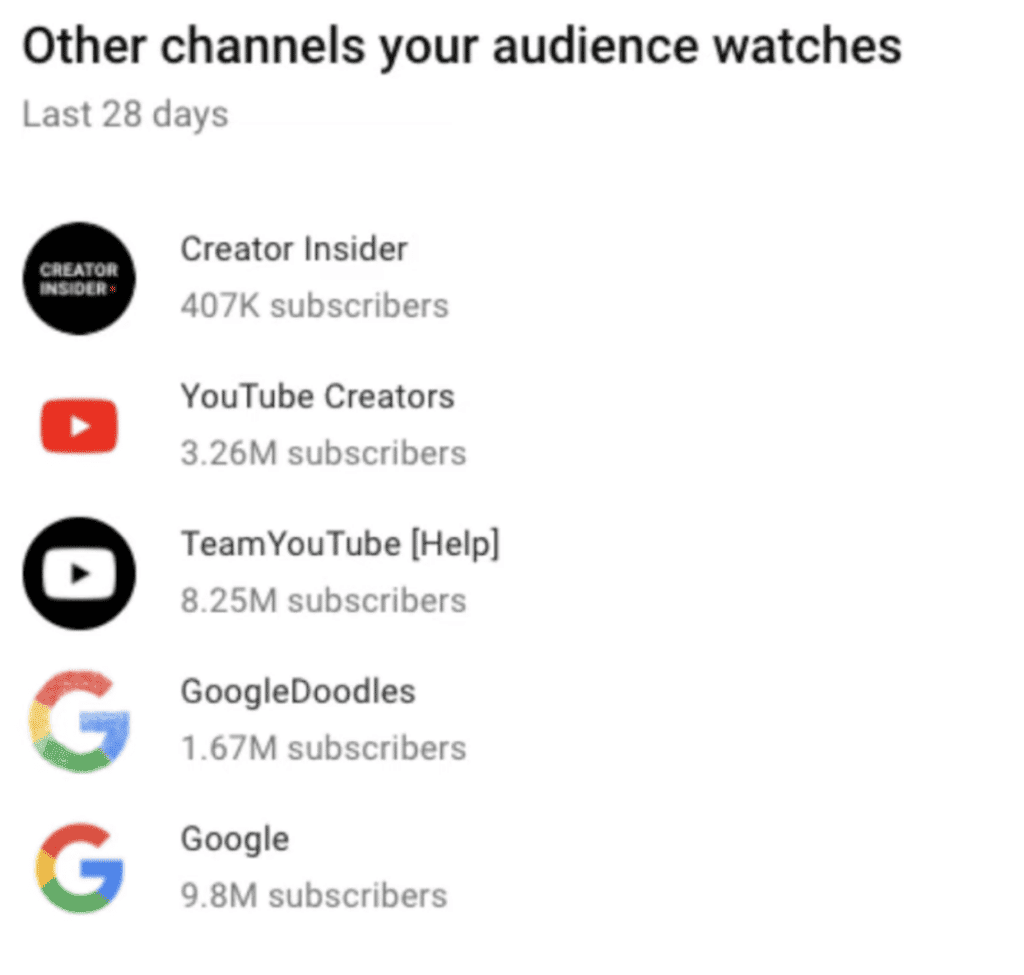 YouTube introduced a new feature at the end of February that verifies a video before it is published. This verification looks at whether the video is suitable for advertising and whether there is any third-party protected material. This way, you can find out if there are copyright claims on your video and if it can be monetized before publishing.

This also gives you the opportunity to adjust the video if necessary so that it can be monetized. In addition to editing the video itself, YouTube offers other ways to address issues. You can start a dispute if you disagree with a copyright claim. You can also request a manual review if you believe the algorithm has incorrectly determined that your video is not suitable for ads. This feature launched at the end of February and will be available to all channels by the end of March. 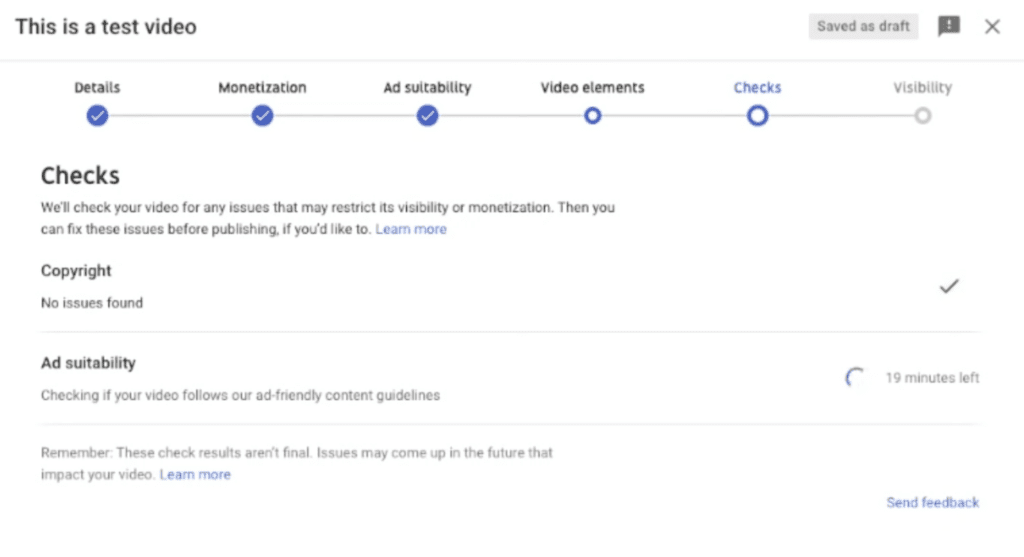 What does this mean for you? With this new feature, you can check in advance whether a video can be monetized. This gives you the opportunity to make adjustments before publishing if necessary, which ultimately generates more revenue for the channel.

If you’ve ever watched a live stream on Twitch, you’re probably familiar with the Clips feature. This feature allows livestreams to create a clip of the last 30-60 seconds of the stream. This is mainly used by viewers to share or save a special moment during the stream.

YouTube is now working on a similar feature with one big difference. YouTube’s clipping feature will be available not only for live streams, but also for “regular” videos on the platform. Just like on Twitch, the length of the clip will be determined by the viewer, but will be somewhere between five and 60 seconds.

Once someone creates a clip on YouTube, a unique link to share is automatically generated. When someone clicks on that link, the selected clip starts playing in a “loop.” There is also the option to watch the entire video afterwards.

YouTube keeps a record of all the clips that have been created in your account, so you can easily reuse them later. For now, YouTube has only made the Clip feature available to a select number of gaming channels, but we expect the feature to be available to other channels on the platform soon. 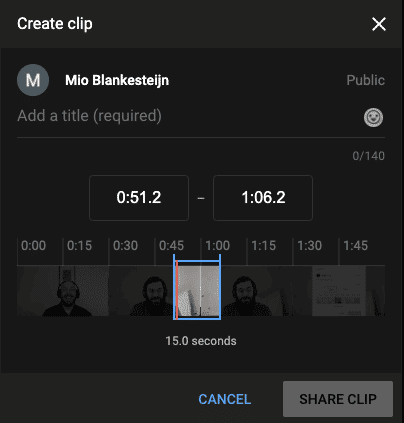 Would you like to find out more about (new) YouTube features? Then check out our website or read for example our blog about three indispensable features on YouTube or our blog about features that enable you to get the most out of the YouTube algorithm.